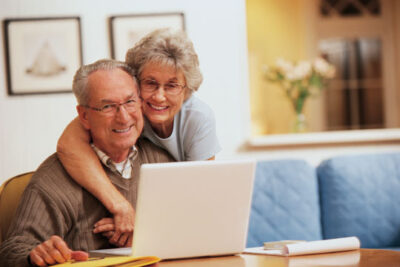 The face of retirement is rapidly changing. Preserving a secure future for you and your loved ones requires a vigilant plan that takes into account the current strain on our employer retirement plans and the shortfalls of Social Security.

A PLANNED OR UNPLANNED EARLY RETIREMENT

Planning and saving for retirement is a major financial issue for most of us. Many of us spend years building our nest egg, with the goal of stepping into retirement financially and psychologically prepared. However, sometimes retirement arrives earlier than we plan. That’s when we can help.

A recent survey found that among people who retired early (before age 65), 43 percent retired earlier than they planned. Some retire early because they come into sudden money such as lottery winnings or an inheritance. But many in the survey cited “negative” reasons for retiring early, including health, disability, being laid off or having to take care of ill family members. University of California researchers found that half of Californians retiring before age 50 cited health reasons for the early retirement.

Whatever the reason an unplanned early retirement occurs, you’ll need to plan carefully to make adjustments. First, don’t make any immediate, rash financial decisions. A wrong decision can cause financial problems the rest of your life. For example, if you’re retiring early because you’ve suddenly come into money, don’t make major investment decisions right away. Put the money into a bank or mutual fund money market, and leave it alone until you have time to think about what it can really provide for you. If you’ve suddenly left your job because of a layoff or because you have to take care of a sick family member, you may want to immediately do a little financial belt tightening, but don’t make other immediate major financial decisions.

Revise your financial plan, or if you don’t have one, create one. This is the single most important act you can do to give yourself control of your new retirement. This is especially critical if you’ve been forced to retire for “negative” reasons. You’ll want to review the entire gamut: income and outflow, insurance, estate planning, investments, possible government assistance and so on.

Maintaining control of expenses is a critical component for any retiree, since income tends to be more limited. But controlling expenses is especially critical for unplanned retirements. For one thing, early retirees typically face major expenses that would often be gone in normal retirement: mortgage payments, for example, or college expenses. They also may start paying out of pocket for lost employee benefits. Early retirement to care for an ill relative will probably result in some money out-of-pocket for that relative. A budget becomes absolutely vital to keeping expenses within line of income.

Retiring early means more years of retirement to pay for. This is a double whammy because you not only have more years to pay for (unless your life expectancy is reduced due to poor health), but you end up with fewer working years to fund the retirement. Your later work years are usually when you earn your most income and can best sock away for retirement. Traditional pension plans also are skewed toward late-career earnings, which you may now miss out on. You’ll also have more years for inflation to erode the value of your investments. Again, controlling expenses becomes vital.

Investments present another difficult challenge. On the one hand, you have a longer retirement to fund than originally planned. Investing more aggressively can help make up for some of that shortfall. On the other hand, if you’ve retired earlier than planned for negative reasons such as a loss of job or health, you’re probably going to need immediate cash flow from your investments to help cover expenses, and that means investing less aggressively. Review with an investment advisor how best to go about this. It may require adjusting your portfolio so that part of it generates more income while the other part grows more aggressively through non-income producing investments.

Retiring early means more years until you qualify for Medicare. Be sure you are covered at least by a major medical policy, even if finances are tight.

Individuals often fail to address the psychological implications of early retirement. Even for planned retirements, leaving the workforce can be a difficult emotional adjustment. It’s tougher with an unplanned early retirement because you haven’t had time to mentally prepare for it.

It’s important to take a big breath, sit down and think through your new circumstances. We offer full-service financial planning. Whether for positive or negative reasons, an unplanned retirement needs to be planned.

Although most American workers are confident they will have enough money to retire comfortably, that confidence appears to be waning. Even so, many Americans are retiring younger and the Boomers are heading for retirement at a record pace. Behind them are the Generation Xers. Both will profoundly change what it means to be retired.

A Wall Street Journal/NBC News poll recently provided the latest evidence of the changing face of retirement in the U.S. Among the poll’s findings, fewer than 10% of future retirees intend to live in a nursing home. This varies significantly from previous generations who helped fill 20,000 nursing facilities with over 1 million retirees in the last decade. No, this new breed of retirees isn’t planning to let life pass them by.

Nearly 70% of future retirees plan to work after they retire, a figure up sharply from current estimates of working retirees. American Express Retirement Services reports that about 24% of today’s retiree income comes from part time employment. As tomorrow’s retirees retire younger and healthier, employment income after retirement is likely to rise.

It’s not just greed driving the desire to continue to work. More than 2/3 of the respondents in the WSJ poll indicated they plan to volunteer for public service or community organizations. Almost 30% of non-retired adults fear either boredom or alienation after retirement, and they plan to get involved in their communities combat these fears.

So what about Social Security? It turns out today’s retirees rely on it, and tomorrow’s retirees will need it, although perhaps less than today. Only 10% of current retirees cited financial worries as a significant disappointment in retirement. This compares to a full 30% of non-retired Americans scared about the financial implications of retirement. About 60% of those polled for the WSJ study indicated that Social Security was highly important (ranked 7 or higher on a scale of 1 to 10). 31% indicated that Social Security will make up all or most of their retirement income. Still, the enormous popularity of 401(k) and other retirement programs over the past several years will enable a growing number of future retirees to rely less on Social Security than their predecessors.

Contrast this reliance on Social Security with the view held by a majority of Generation Xers who would rather opt out of Social Security and take retirement into their own hands. A full 36% of Gen Xers in the WSJ poll don’t expect Social Security to be around when they retire anyway. And 46% of them will retire before age 60, compared to less than 20% of Americans who retire pre-60 today. As life expectancy grows, and retirement ages drop, retirement becomes more appealing all the time.

Yes, the face of retirement is changing. At the heart of each generation’s plans is financial security. Maybe all this talk about retirement planning isn’t such a bad idea. The sooner you shore up your retirement savings, the sooner you can join the boomers and the Xers working a little, volunteering a little, and living the good life after retirement.

If you would like to discuss concerns you may have about shoring up your retirement plan for a secure future, please contact an advisor at Elderado Financial.

If you would like a complimentary financial review, please complete this Questionnaire so that we can learn more about you and your needs.

Learn more about us and if our services are a match for your needs.