The Covid Economy, a Year Later

This time last year, the World Health Organization recently had declared that the spread of Covid-19 constituted a worldwide pandemic. Stringent measures in the U.S. were being taken to slow the spread of Covid and “flatten the curve.” The lockdowns and shelter-in-place orders dealt a body blow to U.S. economic activity.

Investors, who attempt to price in economic activity over the next six to nine months, had no prior experience to handicap a shutdown and eventual reopening of the economy. It was if we were driving through a dark and foggy night with no headlights to guide our path.

Consequently, investor reaction was swift, and the first bear market since 2009 descended upon investors. Volatility was intense. In just one day, the Dow Jones Industrial Average lost nearly 3,000 points, or 12.9%. That day accounted for over 25% of the Dow’s nearly 11,000 point peak-to-trough loss.

The major market indexes bottomed on March 23. The bear market lasted barely over a month, if we use the broader-based S&P 500 Index as our yardstick. It was a swift decline, but it was the shortest bear market we’ve ever experienced.

The ensuing rally has been nearly unprecedented. Since bottoming, the S&P 500 Index has rebounded and made additional gains. There have been a series of new highs in this index since the beginning of the year.

Let’s back up and take a broader view.

If we review the six longest bull markets since WWII, the S&P 500’s advance over the first year tops all other prior bull markets. In second place is the bull market that began in March 2009. That run lasted into February 2020. But I want to caution you that past performance doesn’t always guarantee future results.

Where are we headed from here? You’ve heard us say that no one has a crystal ball. No one can accurately and consistently predict what may happen to stocks. Nevertheless, let’s look at what’s happened in the second year of bull markets that were born out of bear markets that saw the S&P 500 Index fall at least 30%.

Since World War II, there have been six other bear-market sell-offs of at least 30%. In each case, the market posted strong returns in the first year. Gains ran into year two; however, there was also high volatility during those times. So, let’s not discount the possibility of a bumpy ride this year.

Treasury bond yields have jumped as the government has embarked on expensive stimulus packages, and talk of new spending from Washington is gaining momentum. Further, bullish enthusiasm can sometimes spark unwanted speculation.

Might the economy overheat and spark an unwanted rise in inflation? Might rising bond yields temper investor sentiment? Up until now, investors have focused on the rollout of the vaccines, reopening of the economy and the benefits these are providing.

Today, momentum favors bullish investors, but valuations seem stretched, at least over the shorter term. When markets are surging, there is a temptation to load up on risk. Yet, we’d counsel against being too aggressive.

Just as the investment plan takes the emotional component out of the investing decision when stocks are falling, it also erects a barrier against the impulse to load up on riskier investments when shares are quickly rising.

Life changes, and when it does, adjustments may be appropriate. Ups and downs in stocks are rarely a reason to make emotion-based decisions in our portfolios.

If you reference the above graph of the stock market, it’s clear to see when the shutdown occurred and when the market was in a steep decline. If you had panicked and made an emotion-based decision to sell everything at that time, you would have lost a substantial percentage of your investments. Instead, if you stayed invested, the graph shows that you not only made your money back, but made more. While seeing the volatility in your investments can be nerve wracking, rest assured that we are always keeping watch over your investments and are always here to talk if you need guidance or reassurance. 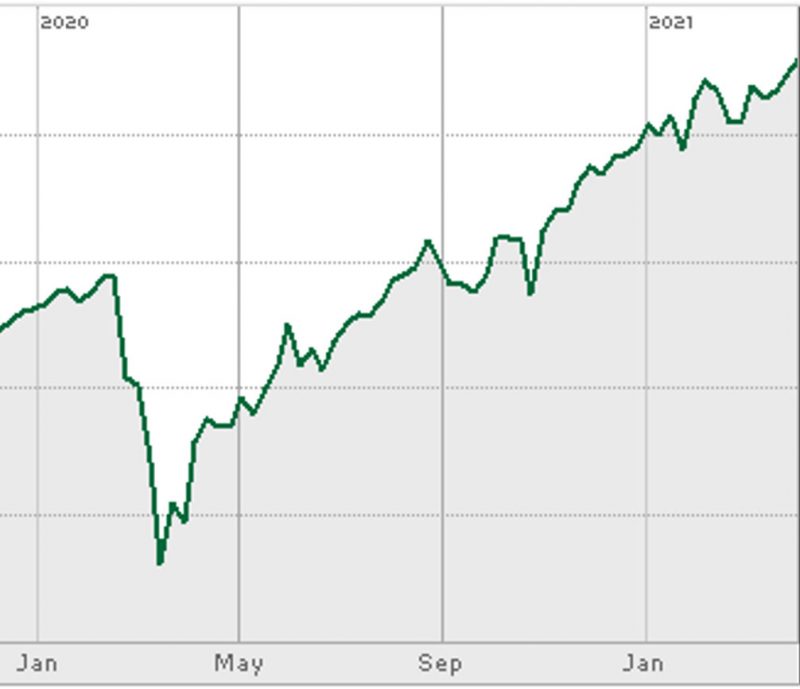